Clive Hubert Lloyd is a former West Indies cricketer who captained the side between 1974 and 1985, guiding them to dominance and making them the best side in the world.

Clive Hubert Lloyd, born August 31, 1944, is a former West Indies cricketer who captained the side between 1974 and 1985, guiding them to dominance and making them the best side in the world. A powerful batsman, Lloyd is regarded as one of the most successful captains of all-time. On his 71st birthday, Suvajit Mustafi looks at 15 facts about the cricketing giant.

At the age of 12, he damaged his eyes while trying to break up a fight. Since then he had to wear those thick glasses.

Lloyd’s father wasn’t a cricket buff; he was the chauffeur to a local doctor, but his mother was the sister of Lance Gibbs’ mother. Lloyd’s famous cousin is widely regarded as the greatest off-spinner that West Indies has produced.

Widely known for his attacking batting and captaincy, Lloyd was also a more than capable medium-pacer. He hasn’t bowled enough in international cricket, but has 114 First-Class wickets, along with 71 in List A.

5.  Getting Bill Lawry and Ian Chappell

Lloyd played his first Test in Australia in 1968 and the venue was Brisbane. While most remember his 129 that helped West Indies go up 1-0 in the series, Lloyd also made contribution with the ball. Australia in their first innings were placed at 217 for one, when captain Garry Sobers asked Lloyd to roll his arms over. Lloyd responded with the wickets of the centurions — Billy Lawry and Ian Chappell.

Not just England great Denis Compton, but many around the world will agree that Lloyd’s hundred in the World Cup 1975 final was one of the greatest One-Day International (ODI) knocks of all time. Coming in at 50 for three, Lloyd launched a counterattack, scoring 102 from 85 balls as West Indies won the inaugural World Cup final. Compton had famously remarked,  “I can remember only one innings to compare with this one. It was played by the late Stan McCabe when he made 232 at Trent Bridge in my first Test match against Australia in 1938. Sir Donald Bradman beckoned all his players onto the balcony and said, ‘You may never see the like again.’ Well, 37 years later, I can say we have.”

Lancashire has seen several of the cricket greats donning their caps in the English county circuit and Lloyd will certainly be up there. He played for the side in between 1969 to 1986, and along with Farokh Engineer, he helped the side emerge as one of the finest overs-limit sides.

During his playing days, Lloyd was renowned for using the heaviest cricket bat.

9.  Wisden Cricketer of the Year

In 1971, Lloyd was one of the Wisden Cricketers of the Year.

10.  One of the greatest captains

It was Lloyd who led the rise of West Indian dominance and is regarded as one of the game’s finest captains. During his captaincy, his side had a run of 27 Test without a defeat. During the same time, there was a span of 11 wins in a trot. He led West Indies to two consecutive World Cup triumphs — in 1975 and 1979. Once again, under him, West Indies made it to the final of the 1983 World Cup, only to be beaten by the underdog India.

Lloyd returned to his home country Guyana post retirement and worked briefly as a civil servant in country’s Ministry of Health.

Post retirement, Lloyd has served the game in various capacities and continues to do so. He has coached sides, managed West Indies, and has also been an ICC match referee.

He currently serves as the Chairman of West Indies selection committee and he was a part of the decision making of axing Kieron Pollard and Dwayne Bravo from West Indies 2015 World Cup squad. He again found himself in midst of controversy when his team decided to drop veteran Shivnarine Chanderpaul from the Test side.

His son, Jason Clive Lloyd has represented his country Guyana in football as a goalkeeper. 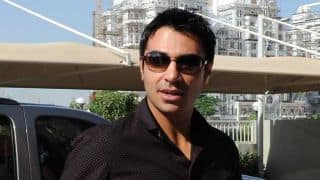