In a report from Times of India, the cricketer announced on the dance show, which will air this weekened, “The domestic cricket schedule, which usually starts in the second week of November, has been proponed and is starting on October 1.  I will have to leave to start training for it. If I perform well on ground, I will dance a little to celebrate.” [Also Read: Irfan Pathan joins Jhalak Dikhla Jaa Reloaded]

He went on to say that he enjoyed his experience and will miss everybody. 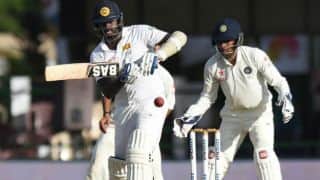