Cricket fraternity, including the likes of Shikhar Dhawan tweeted on the tragic events that rocked the world.

Everything was going fine until a terror attack hit the Istanbul Ataturk airport on Tuesday night. The Ataturk airport was a vulnerable target since a long time. There were three attackers who arrived in a taxi and started firing at the terminal entrance just like the way Ajmal Kasab and his fellow terrorists did at Mumbai CST on November 26, 2008.

But unlike Kasab, no terrorists were caught as all three blew themselves up after the police fired back at them. Going by the reports, 41 people were killed, 13 of them were foreigners and more than 230 were injured. President of Turkey — Recep Tayyip Erdogan made a strong statement by saying that this attack should serve as the turning point in their global fight against militant groups.

With this another terror attack, Leaders from around the world stood beside Turkey and tributes poured in from all around the world. Cricket fraternity, including the likes of Shikhar Dhawan tweeted on the tragic events that rocked the world.

Heartbreaking news coming from #Istanbul! My heart and prayers go out to all the affected families. Rab Rakha!

Such sad news about #istanbul. These heinous attacks have no bounds. Tragic.

Sad to hear about the attacks in Turkey. #PrayForIstanbul

Appalled by attack in #Istanbul tonight. Thoughts and prayers with all those affected.

My heart goes out to brothers and sisters in #Istanbul. Highly condemn this act of brutality. #PrayersForIstanbul

Once again the world is in mourning as another cowardly attack on the innocent !
Heart goes out to the victims at Istanbul airport

Sending love and strength to the people of Istanbul and Turkey. Such a sad situation.

Yet Another Attack #istanbul . Cowardice attack on Humanity. Prayers are with the families of the victims and with the injured.

Terrible to hear about Istanbul airport attack! Courage and strength to those who lost their loved ones. #istanbulattack 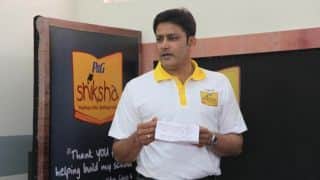