arfraz is not the only Pakistani cricketer to have expressed his displeasure over the abuses.

Captain Sarfraz Ahmed has asked the fanatical fans of Pakistan cricket to not make abusive personal attacks on the players after a supporter compared the wicket-keeper batsman to a “fat pig”.

Pakistani fans have severely criticised the national team after its poor show against arch-rivals India in the ICC World Cup 2019 encounter in Manchester.

A fresh video recently surfaced where skipper Sarfraz was seen was walking in a mall in England with his son on his lap when a fan stopped him and asked why he was looking like a fat pig.

“I can t say anything on this. It’s not in our hands to control what people say about us. Winning and losing is part of the game and it’s not that we are the first team to have lost a match; previous teams also have faced defeats,” Sarfraz said after Pakistan kept alive their semi-final hopes with the win over South Africa in London. (ALSO READ: ‘Wanted to commit suicide after Pakistan lost to India’)

“Had earlier teams faced the kind of criticism that we are facing, they would have realised how much these things hurt us. Now, there is social media. People write, comment and say whatever they like. These incidents affect the psychology of the players,” he added.

Sarfraz is not the only Pakistani cricketer to have expressed his displeasure over the abuses. Earlier, Shoaib Malik and Mohammad Amir too had urged the fans not to indulge in personal attacks. “While criticising, one must not abuse. Criticise us on our cricket but don”t get abusive with us,” Sarfraz said. 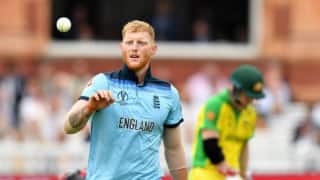 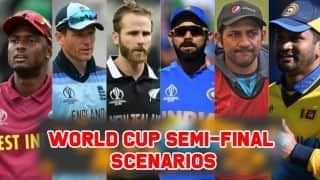