The 1970s and the 1980s belonged to the West Indies and the sport has majorly been dominated by Australia. In 1983, India was the side that broke West Indies’ World Cup winning streak and in 2011, they broke Australia’s winning streak. Apart from these, there is one achievement that India can proudly boast of.

India is the only team to have won the 60-over, 50-over and 20-over World Cup. Till the edition in 1987, World Cup cricket that was played in England were 60-overs a side. India won a 60-over World Cup title in 1983, when they beat the defending champions West Indies. The win came under the leadership of star all-rounder Kapil Dev.

In 2007, a young Indian side under the leadership of Mahendra Singh Dhoni went on to win the inaugural World Twenty20 Championship. Four years later, India went on to win the World Cup 2011 when they beat Sri Lanka in the final. That format was 50-overs. 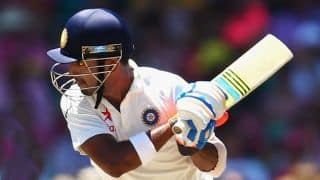