De Villiers has a number of records to his name. For instance, he has scored fastest century in One-Day International (ODI) cricket and fastest fifty too.

AB de Villiers is considered as the ultimate genius of contemporary cricket. He has redefined batting with a style of his. For this phenomenal ability to score runs all around the ground, he is known as Mr 360.

De Villiers has a number of records to his name. For instance, he has scored fastest century in One-Day International (ODI) cricket and fastest fifty too. He is an exceptional batsman and has feat that he can be extremely proud of. He loves to score and this is illustrated by the fact that he leads the list of maximum number of innings played in Test cricket without getting out for a duck.

He didn’t get dismissed for a duck till his 46th Test. He played 45 Tests and 78 innings without getting out for nought. The next best is Sri Lanka’s Aravinda de Silva who got his first Test duck in his 76th innings.

De Villiers’ streak started with his Test debut against England in December 2004 and ended in a Test against Bangladesh on November 22, 2008, where he was foxed by Shakib Al Hasan for a duck.

It may come as a surprise that de Villiers also has the most number of ducks (four) in a World Cup (2007). Though he got a hundred and two fifties and ended the tournament with a strike-rate of over 100, that’s not something the batting genius will be proud of! 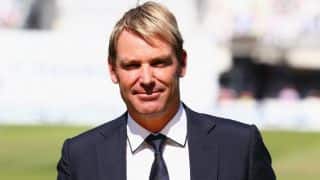