Shane Warne tormented Daryll Cullinan in the 1990s. Cullinan was left powerless as Warne outsmarted him as many as 12 times during their 29 encounters across formats! Such was the effect that Warne waited to have a go at him. When Australia and South Africa played each other after a long break, Warne welcomed Cullinan by telling him he’d been waiting to bowl to him. Cullinan shot back by saying, “Looks you spent [the wait] eating.”

There is also a famous tale of Cullinan consulting a psychologist to weed out his mental cobwebs against Warne. So, when he went out to bat once, Warne made is a point to ask him about the “colour of the couch.” 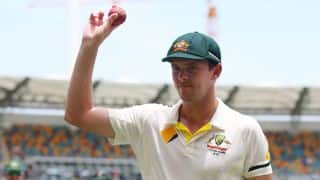