Fred Trueman, who played for England in between 1952 and 1965, was arguably the best fast bowler the country has ever produced, but there was another side to this great man. He was a popular storyteller, especially known for his one-liners which amused the audiences.

During one of his tours to West Indies, the visiting team was invited to couple of receptions. Trueman was often sought after, and even if he was crude at times, his one-liners were full of refined sensibilities.

At one of the receptions, Trueman apparently made a pass at a woman. It is said that she turned back and replied, “As a woman, Mr Trueman, I am extremely flattered. But, as the governor’s wife. I am absolutely outraged!” 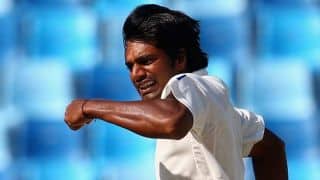