Kambli claims that his career ended after the match because he had spoken out at what happened behind the scenes in that match.

Whenever lists are made of rare cricketing talents gone to waste, Vinod Kambli usually features near if not at the top. With his latest rant on Twitter, Kambli has once again shown that his temperamental nature makes him his own worst enemy. Shiamak Unwalla lists out the numerous instances in which Kambli antagonised people and wallowed in self-pity.

Kambli s latest controversy happened just a few days ago, when tweets surfaced from Kambli s Twitter account bashing Navjot Sidhu and Rameez Raja, who were commentating during an Indian Premier League (IPL) match. However, Kambli tweeted that those very personal comments were made by a friend of his, and that he fired that friend later. But he went on to challenge Twitter users who mocked him for his supposed cover-up. It remains to be proved who is actually responsible for the tweets, but Kambli s track record doesn t help his case.

Click here to find tweets and read the full story

They were best friends and teammates in school for whom they shared a world record partnership, they played for their state, zone and country together. Kambli and Tendulkar were the type of friends that songs are written about. Sadly, that friendship has soured. It might be difficult to pin-point the exact moment of the rift as Kambli has spoken multiple time against Tendulkar. Perhaps the first instance of their deteriorating relationship could be seen on the TV show Sach ka Saamna, where Kambli was a contestant.

Kambli did nothing to heal the scars cause of that hurt he caused Tendulkar in the realty show by yet again going public to speak against his one-time best friend for not mentioning him in his retirement speech at the end of his 200th Test. He also said that he was hurt at having been snubbed when Tendulkar did not invite him to the party he hosted following his retirement. He spoke of how Tendulkar owed a lot of his international success to him and the partnership they forged together as schoolboys.

India s forfeiture against Sri Lanka in the 1996 World Cup semi-final had sparked a massive controversy in India at the time, with the Eden Garden crowds engaging in vandalism that is still remembered with distaste. However, 15 years later, the match was involved in further controversy when Kambli made statement that rose suspicion against his own team-mates that the match was fixed. Kambli claims that his career ended after the match because he had spoken out at what happened behind the scenes in that match. This is inaccurate as his last ODI was played in 2000, long after the quarter-final.

5. Vinod Kambli in troubles with housing society over dues

Kambli s troubles were not restricted to cricketing matters. He has allegedly been guilty of failing to pay society dues worth up to Rs 10 lakh over a period of four years for his house in Bandra.

That was far from Kambli s only issue with the society. He once alleged that he was the victim of racism when a foreign neighbour called him a bully. Kambli took it to interpret as black Indian and went on to file an FIR against her. In most dictionaries, the word bully means a person who uses some form of intimidation against those typically weaker than them. Once again, Kambli played the victim.

7. Public notice against Vinod Kambli by over unpaid bank loans

Kambli is also guilty of having failed to pay back bank loans. An official of the Dombivli Nagari Sahakari Bank said Kambli had taken housing and vehicle loans from the bank, but he stopped after repaying a few instalments. 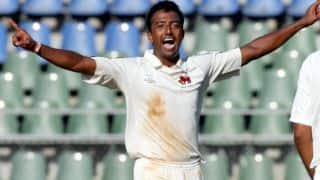 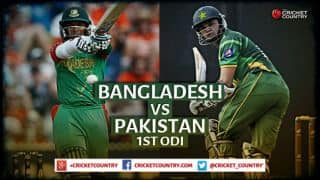