Solkar had been a cause for much pain for Boycott, having dismissed him a few times with his left-arm medium-pace, and the hurt showed.

The 1971 tour of England was a watershed moment in Indian cricket. It was on this tour that Ajit Wadekar’s team beat England at The Oval to win the series 1-0, to cap a sensational year in which India also beat West Indies for their first-ever series win in the Caribbean.

On both tours Eknath Solkar had many memorable moments to cherish. However, there was one moment which irked Solkar. This was at Lord’s when the Indian players were introduced to Queen Elizabeth and Solkar was laughing.

Geoff Boycott did not like it and came up to Solkar and told him sternly: “Lad, don’t laugh. Some day you will cry.”

Solkar had been a cause for much pain for Boycott, having dismissed him a few times with his left-arm medium-pace, and the hurt showed.

Three years later when India visited England, Boycott fell to Solkar’s gentle medium-pace yet again. This prompted some mediamen to call the opener Solkar’s bunny. Solkar continued to be a thorn in Boycott’s flesh. After dismissing Boycott for the fifth time, Solkar got the opportunity to get back verbally at Boycott. He went up to the Yorkshireman and told him: “Hey Geoff! Remember the day you told me I would cry? Well, that day has still not come!” Ishant Sharma is leader of India’s pace attack, whether he likes it or not 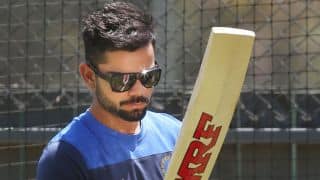