Sunil Gavaskar met one fan during a press conference at Mumbai's Oberoi Hotel just prior to the 1992 World Cup.

Cricketers come across all kinds of fans: the ones who drool over them, the ones who are overly pesky, the ones who get physical .. There are lots more. And there are ones who will show outrageous familiarity when the cricketer would not have known or met them ever.

Sunil Gavaskar met one such fan during a press conference at Mumbai’s Oberoi Hotel just prior to the 1992 World Cup. Gavaskar was talking to two senior cricket journalists whom he knew very well and as such there was a comfort level between the three.

During the course of the conversation, one of two senior journalists asked Gavaskar: “Tell me, your money is on which team winning the [1992] World Cup?”

It was a straightforward question to someone the journalist knew well and Gavaskar, in normal circumstances, would have been comfortable answering. But he was in a public place where there were lot of strangers. Gavaskar was understandably guarded. Not unexpectedly, his response was also guarded: “I’m not the betting kind.”

A drunk journalist, who was not part of the sports fraternity and whom neither Gavaskar or the sports journalists knew, had made himself comfortably with Gavaskar and the two senior journalists. But that was not where it ended. He made the unbelievable mistake of senselessly asking Gavaskar, “But we heard your uncle bets on matches.”

Gavaskar flew into a rage. People on the road could have heard his voice. He gave the worst possible tongue-lashing to the inebriated journalist from a small time vernacular paper. “Do you know my uncle?” “Do you know what it means to earn an India cap?” The conference hall froze. 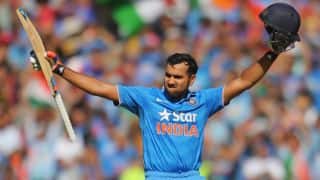