Fleming did not react, but Srinath continued to mutter something!

Stephen Fleming was facing an inspired Javagal Srinath in a Test match at the Basin Reserve, Wellington. Bowling with the direction of the wind, Srinath was working some serious pace and troubled the batsmen at the other end. He then bowled a quickish bouncer. Fleming tried to get out of the way, but the ball pinned on his helmet and went towards fine-leg and Fleming crossed over to the non-striker’s end.

Fleming did not react, but Srinath continued to mutter something!

Finally, Fleming could not take it anymore. He went up to Srinath and said, “Why are you behaving like this?”

Srinath looked at him and said, “I was asking you if you were okay!” 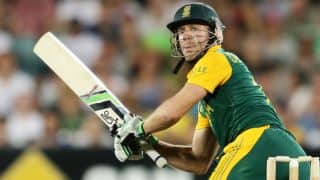