A lump had formed in my throat and finally I had to ask Virat to leave, knowing I would burst into tears.

There are things in the players’ dressing room that one is not privy too. It’s the sanctum sanctorum of the players and outsiders are not supposed to know unless the players themselves decide to reveal the happenings.

One saw an entire nation weep with Sachin Tendulkar the day he bid farewell to international cricket everything out there on the ground was caught by the television cameras. But little or nothing is known what happened once a teary-eyed Tendulkar disappeared into the dressing room. But now the first bits of information is revealed by the protagonist himself.

“As I was sitting by myself back in the dressing room, Virat (Kohli) walked up to me again. I could see tears in his eyes. He held out his hands and said his dad had given him these threads, the kind that Indians wear around their wrists for good luck, and he had always wondered who he would give them to. It had to be someone very special. Then he handed them to me before touching my feet as my younger brother. I was speechless. I held him tight and said, ‘Arre tu yeh kya kar raha hain? Tujhe yahan nahi, yahan hona chahiye.’ (What are you doing touching my feet? You should be giving me a hug.) I couldn’t say another word because I felt choked with emotion. A lump had formed in my throat and finally I had to ask Virat to leave, knowing I would burst into tears if I tried to say anything else. It was a gesture I can never forget and I wished Virat all the success in his career.”

Two days later Tendulkar threw one of the most talked-about parties in recent times. Kohli was among the huge cricketing fraternity to attend the function. Tendulkar returned Kohli’s gift, telling him that it was something he should not part as it was very precious given to him by his late father. 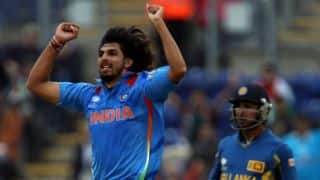