The copy has been in the Lord's Museum since Swanton's death in 2000.

EW Swanton had been captured as a Prisoner of War in 1939 by the Japanese. Fortunately, he had a Wisden the 1939 version of the almanac on him. The Japanese guards, upon much inspection, announced that the book was “not subversive”. The book became so popular with the other Prisoners of War that it was used like a library book and had to be booked days in advance.

The copy of Wisden became so battered that it eventually had to be rebound by rice glue many times. Swanton managed to preserve it till World War II got over.

The copy has been in the Lord’s Museum since Swanton’s death in 2000. 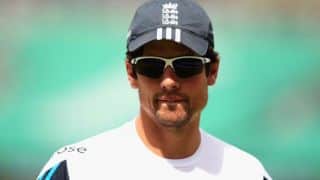