The West Indian all-rounder is now teaming up Neil Nitin Mukesh for an international party mix.

The ever-so-popular Bravo, who is no stranger to Indian music, will be singing in Hindi, while Neil will be singing in English, according a report in Mumbai Mirror. The report further states that the music video will be shot in exotic locales in Los Angeles and India with Bravo dressed in urban ethnic clothing. [Also Read: Dwayne Bravo signs a music deal with LA-based Venus group]

Dwayne recently met Neil’s father, Nitin Mukesh, at a concert in Trinidad where he did a jig on the stage with Brian. [Also Read: Dwayne Bravo’s Chalo Chalo: Official video] 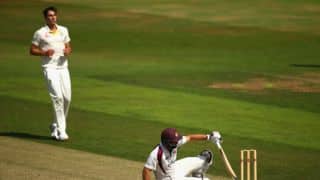