Bumrah has been India's premier fast bowler in the past two years, picking 62 wickets in 12 Tests and 103 ODI wickets in the 58 ODIs. He also has 51 T20 International scalps in 42 games.

Apart from her sensational batting exploits, England’s star cricketer Danielle Wyatt is also known for her smarts and wits on social media.

Wyatt has never shied away from expressing her admiration for Team India stalwarts ranging from Virat Kohli to Rohit Sharma.

After heaping the praise on her favourite cricketing heroes, Wyatt this time has come up with something innovative and stole the thunder of India’s premium pacer – Jasprit Bumrah with her distinctive sense of humour.

On a road to recovery – Bumrah is leaving no stone unturned to make a comeback to the national fold after suffering an unfortunate injury.

In a bid to regain full fitness, the 25-year-old started training at the National Cricket Academy (NCA) in Bengaluru last week. Sharing his progress with his fans, Bumrah shared the latest picture from his gym session on his official Instagram account. He captioned it, “Coming Soon”.

Sensing the opportunity to take a dig at Team India’s bowling mainstay, the English batswoman Wyatt wasted no time and came up with a hilarious comment on Bumrah’s post. She commented: “Baby Weights”. Wyatt also inserted a funny emoticon along with the text to tease the fast bowler.

Recovering from a lower back stress fracture, Bumrah has been ruled out from competitive cricket for a minimum of two months. After seeking an opinion from medical experts in UK, the star India pacer is putting in the hard yards to get match ready ahead as soon as possible.

Bumrah missed the South Africa Test series at home and was not part of India squad for Bangladesh series. This is his first major injury break in his three and half year international career.

Bumrah has been India’s premier fast bowler in the past two years, picking 62 wickets in 12 Tests and 103 ODI wickets in the 58 ODIs. He also has 51 T20 International scalps in 42 games. 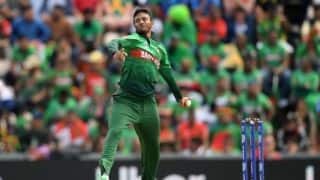 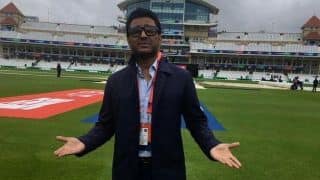