Catch the live action of the 1st semi-final of ICC World T20 2016 between England and New Zealand here.

The first semi-final match of ICC World T20 2016 will be played between England and New Zealand at Feroz Shah Kotla, Delhi. Both teams battled very hard in the super 10s stage to qualify for semis. New Zealand has been the best team so far in the tournament, while England peaked at the right time.

New Zealand have remained unbeaten in this tournament so far and England were beaten only once and that defeat came against West Indies. But after this, they made a strong comeback by chasing down a humongous target of 230 against South Africa. South Africa’s exit was very much unexpected for all cricket fans. Kiwi skipper Kane Williamson has been excellent in managing the team and picking the right player as per venue.

This will be an interesting encounter between two sides with good balance and a team full of power hitters. The match will start at 7.00 pm Indian Standard Time (IST) and will be telecast live. Catch the live action as we bring to you the link for the live streaming from Star Sports here. 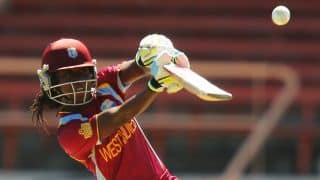