Let us walk through some interesting facts you need to know about the star cricketer.

Born July 13, 1984, Faf du Plessis, is a South African batsman and the captain of their T20I side. Though it took him a little time to make way to the national side, the characteristic player scaled new heights in just half a decade despite being under the shadows of stalwarts such as Jacques Kallis, AB de Villiers, Hashim Amla, to name a few. On this 32nd birthday, let us walk through some interesting facts you need to know about the star cricketer.

1. His father preferred him playing rugby over cricket: When in primary school, du Plessis liked kicking and running with the ball. However, it was tackling and fear of breaking bones that made him lose interest over the game. He eventually broke his wrist when he was 16, due to which he lost two months of cricket practice. Nonetheless, his love and passion for the gentlemen s game was unmatched to that of rugby.

2. Best friends with AB de Villiers: Not only these two cricketers played cricket for the same age group teams but also shared a hostel room when they studied in Affies Boy School, Pretoria.

3. His parents pushed him to continue his studies: AB being his best friend, du Plessis decided to apply for a degree in sports science as well. But as he reached the university, he saw a long queue, eventually deciding to focus his energy only on sports. Few months later, AB stopped pursuing studies and told Faf that it was a waste of time.

5. Dream Test debut: He made his Test debut against Australia at Adelaide Oval in November 2012. He scored 78 in the first innings and an unbeaten 110 in the second. What commendable was he batted for 466 minutes, facing 376 balls to score 110 runs to help his team draw the match. He was awarded Man of the Match for his valiant effort.

8. Love for cooking: He is a man of many layers. Along with sports, he has also mastered the art of cooking (except Greek food).

9. His brief stint with IPL: He was picked by Chennai Super Kings in IPL 2012, after his impressive performance at the international level. In the recently concluded IPL 2016, he played for Rising Pune Supergiants, a side that too was led by MS Dhoni.

10. Only bowler to take consecutive T20 five-fors: Everyone is aware of his on-the-rise punches, but rarely do we see his bowl his leg-cutters. In MiWAY challenge, du Plessis scalped five-for Titans against Lions in 2012. But, before this stunning bowling display, he took 5 for 19, for Northerns against Easterns in 2011.

11. Loves posting half-nude photos: His teammate Dale Steyn made headlines for posting a photo of Kagiso Rabada s naked back (with pants down, to be precise). Du Plessis, on the other hand, loves posing in his underwear (there must be something he likes to boast about). For example:

Isn t he some character? Yes, but what? 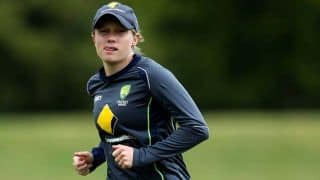 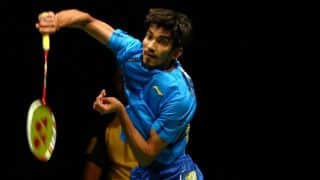