Anil Kumble, the third most successful in Test cricket history, won hearts after his gesture towards a fan while on a Bengaluru-Mumbai flight on Tuesday.

Anil Kumble, the third most successful in Test cricket history, won hearts after his gesture towards a fan while on a Bengaluru-Mumbai flight on Tuesday.

After spotting Kumble, who took 619 wickets in Test cricket, on the same flight, a fan tweeted her wish to meet the legendary spinner but she wasn’t able to gather the courage to do so.

The legendary @anilkumble1074 in my BLR-MUM flight. Glanced at him once and was reminded of that game in West Indies where he bowled with a bandaged jaw. Teared up a bit. Gawwddd, I’m such a sucker for cricket memories.

I want to go up to @anilkumble1074 and say a ‘Thank You’ for all the joy, all the victories, all the memories. But, I am getting cold feet.

As luck would have it, Kumble spotted her tweet and in a classy response, asked the fan to give him a visit after the flight takes off.

Please feel free to come over and say hi after take off @Mittermaniac https://t.co/z2xdKF2wij

Later on, the fan, who goes by the name of Sohini, posted a picture of her boarding pass with Kumble’s autograph on it.

Will have to get a boarding pass framed now. Thank you, @anilkumble1074. Someday I want to learn humility from you. pic.twitter.com/YbcJP1s8hi

After finishing his successful cricket career, Kumble later took positions in the International Cricket Council (ICC) as the chairman of its cricket committee and also coached the Indian cricket team. 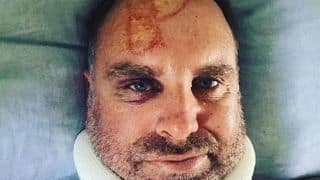 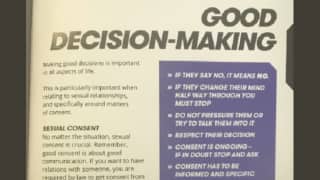