Mickey Arthur coached South Africa between 2005 and 2010 and had a 19 months stint with Australia too.

Former South African cricketer Mickey Arthur has been drafted into the Pakistan side as their head coach. Arthur is currently working with Karachi Kings as their coach and has rendered his services to South Africa and Australia in the past. He coached South Africa between 2005 and 2010 and had a 19 months stint with Australia too. PCB also offered Stuart Law for the coach’s role but the consultant of the national side refused the offer citing his inability to join the team immediately. The PCB have finally appointed the national side’s head coach after Waqar Younis called it off after 2016 T20 World Cup. IPL 2016, Match 34, Pick of the tweets: Sunrisers Hyderabad vs Gujarat Lions at Delhi

As per the reports from PTI, PCB stated, ““Following detailed consultations on this matter at the last Board Of Governors’ meeting and further telephone consultations by the PCB Chairman with Board Of Governors, discussions with Mickey Arthur were initiated and he has confirmed his acceptance of the post of Head Coach of the Pakistan National Cricket team.” IPL 2016: KKR captain Gautam Gambhir bows to team’s biggest fan the ‘boss’; seeks his blessings

Pakistan is scheduled to play 4 Tests, 5 ODIs and 1 T20I in their scheduled tour to England. Recently, they also appointed Inzamam-ul-Haq as their chief selector. Misbah-ul-Haq will be leading the Test side while Azhar Ali will marshal the troops in the ODIs. The T20I side will be led by Sarfraz Ahmed. 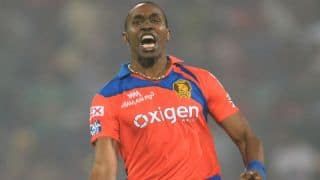