Lawson had been awarded the Order of Australia, when he was still actively playing, in 1990.

Geoff Lawson, born on December 7, 1957, was Australia’s fast-bowler in the 1980s. In an international career that spanned around nine years, Lawson played 46 Tests and 79 One-Day Internationals (ODIs). Post retirement, Lawson has been a coach and a media personality. Nishad Pai Vaidya picks nine facts you should know about the former Australia seamer.

Lawson hails from the town of WaggaWagga, in New South Wales. He is the first Test cricketer to hail from this town. Michael Slater and Mark Taylor followed in his footsteps to represent Australia. Unlike Lawson, they were opening batsmen.

Lawson was nicknamed ‘Henry’ after the eminent Australian writer Henry Lawson. It became Lawson’s popular nickname. In fact, his Twitter account is @Henrylawson180.

At a young age, Lawson had problems with tunnel vision. He also had to endure blind spots and red mist. However, he overcame that to become a reputed fast bowler and a renowned coach.

As a youngster, Lawson studied Optometry and has a bachelor’s degree in the subject. While optometrists are not doctors, they do have the skill to diagnose and treat a few eye problems.

5. Accolades at a young age

In 2004, Lawson made a surprise appearance for Cricket Australia Chairman’s XI in a one-day tour game against Pakistan in Perth. It was Lawson’s 47th birthday and he marked the occasion by taking the wicket of Imran Farhat.

Lawson had been awarded the Order of Australia, when he was still actively playing, in 1990. He had been bestowed the national honour for his contributions in cricket.

Lawson went into coaching after his playing days. In fact, he has been shuttling between coaching opportunities and his media commitments. He had coached New South Wales after his playing days. In 2007, Lawson was appointed the coach of the Pakistan team. He did taste early success when they qualified for the final of the ICC World T20 in South Africa. However, his time lasted only little over a year. In 2011, Lawson had coached Kochi Tuskers Kerala in the Indian Premier League (IPL), a team that folded up after one season.

Lawson is also a speaker now, who talks about his various experiences over the years. He brings the element of sport into business engagements, emphasizing on teamwork etc, as stated by Platinum Speakers.

Michael Clarke trains freely at Adelaide ahead of first Test 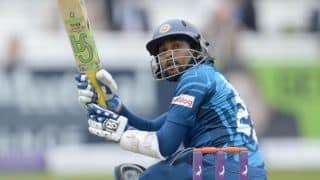