In the past too Kohli has travelled by an open BMTC bus in Bengaluru, when RCB’s then owner Vijay Mallya had arranged for team’s promotional roadshow in the city.

In India, top cricketers enjoy star-like status and just like other celebrities, never even think of taking public transport for commuting. They either travel business class by air or take private jets. The only time they take a bus is while playing, when they travel from the hotel to the stadium by the team bus. But, if the Royal Challengers Bangalore (RCB) beat Sunrisers Hyderabad (SRH) in Indian Premier League (IPL) 2016 final on Sunday, their skipper and country’s favourite cricketer Virat Kohli could well be seen on a Bengaluru Metropolitan Transport Corporation (BMTC) bus. ALSO READ: Royal Challengers Bangalore vs Sunrisers Hyderabad, IPL 2016, Final: Likely XI comparison.

Star Indian batsman could take the bus to celebrate RCB’s title win. In the past too Kohli has travelled by an open BMTC bus in Bengaluru, when RCB’s then owner Vijay Mallya had arranged for team’s promotional roadshow in the city. He had also taken the bus for celebrating India’s win in the ICC Under-19 Cricket World Cup 2008, which also came under his leadership.

An RCB official, who is looking after the arrangements for this trip in the event of team’s title win, was quoted by Bangalore Mirror saying, “Virat is an emotional person and he is the strength of RCB. We are already working at making the RCB victory a memorable one. Virat still remembers the 2008 celebration after he and the Men in Blue won the under-19 world cup. He relishes their travel from the HAL Airport to the Chinnaswamy stadium on an open BMTC bus. This time also we have chosen the same lucky bus for Virat and company. The bus is being readied and we are decorating it to suit RCB and Kohli.” ALSO READ: IPL 2016: Royal Challengers Bangalore vs Sunrisers Hyderabad, road to the final.

A source from the Karnataka State Cricket Association (KSCA) also confirmed the development by saying, “Necessary permissions for the roadshow, which will start on Monday morning from the Ritz Carlton Hotel, have been taken. The procession will go via MG Road to Chinnaswamy stadium. This will culminate in a grand ceremony at the stadium with a music concert by Raghu Dixit.” 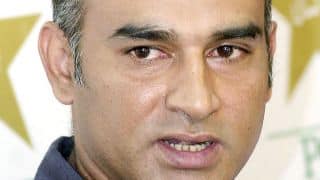