Glenn McGrath believes England's No. 1 pacer can edge past his Test record

Glenn McGrath believes England's No. 1 pacer can edge past his Test record

Anderson now hails of 451 scalps to his name with the red ball and need more 112 to equal McGrath's record.

Legendary Australian pacer Glenn McGrath opened up on who can overhaul his Test record. On Saturday, McGrath said that English speedster James Anderson can better his Test record of 563 wickets if he stays fit enough to do so. Anderson surpassed the 450 wickets mark in the second Test against Sri Lanka this week. Anderson now hails of 451 scalps to his name with the red ball and need more 112 to equal McGrath’s record. McGrath at present sits at the fourth position on the list of highest Test wicket-takers. READ MORE: Cricket fraternity pays tribute to Muhammad Ali

McGrath was quoted as saying by cricket.com.au saying, “That’s entirely up to him; if he stays on the park, then he can do that quite easily – and knock me off. And good luck to him. He’s a quality bowler, there’s no doubt about that. When he’s firing and the ball’s swinging, he’s as tough (to face) as any bowler going around. He’s played 115 Tests now, which for a fast bowler to play over 100 is exceptional. He’s still bowling well, and he’s still taking wickets.”READ MORE: Sachin Tendulkar’s unique record in ODIs which even Shane Warne is envy of

Anderson also spoke to The Telegraph UK and said, “In the back of my mind I think I can get 500 Test wickets. And what has helped me during the last three or four years has been thinking about staying as fit as possible so I get on the field. Then I can contribute to us winning games. If I do that and stay in the team it means I will get wickets. I would like to play the 2019 Ashes. I will be 37 then.” READ MORE: Sachin Tendulkar gives a fitting tribute to Muhammad Ali

McGrath further said, “Being a fast bowler is tough on the body, there’s no doubt about it. You have to stay fit and strong, and injury free. He’s had a few issues in the past but he’s come back well, and (how long he plays is) up to him now really. I was lucky enough to play through till I was 37, so I’m sure he’s still got plenty of overs left in him.” 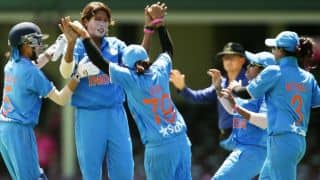 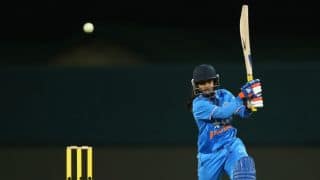