Google Australia came out with a picture of bat on their main page.

As thousands across the world gathered to pay their tribute to Phil Hughes, Google Australia came out with a picture of bat on their main page.

From former cricketing legends to young fans, took to social media sites to show their support and love for Hughes with the #Putoutyourbats hashtag.

It all started when an IT worker from Syndey, Paul Taylor, posted a picture of a bat on ABC Sydney’s Facebook page.

Hockey players, golf stars, basketball players also paid tribute in their own way. Golf’s number one player in the world Rory mcllroy, pinned a black ribbon to his cap, while hockey players kept their sticks out to mark their respect for the Australian cricketer.

During Australian Rugby League match between Melbourne Victory vs Adelaide United, they stopped the play at 63rd minute to commemorate Hughes’s 63 not out in the last innings. 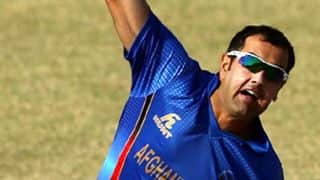