Preity Zinta was linked with cricketers Yuvraj Singh and Brett Lee, when they played for KXIP. She opened up on that topic.

Preity Zinta’s film appearances may have dropped down significantly but the actress continues to be in the limelight. First, her wedding with Gene Goodenough grabbed headlines and now she is back in the stands cheering for her co-owned Kings XI Punjab (KXIP) in the ninth edition of the Indian Premier League (IPL).

Despite KXIP swimming at the bottom of the table, Preity was in a cheerful mood during chitchat with a leading daily. Everyone knows that Goodenough is not the first man in her life. Earlier, things turned ugly between her and KXIP co-owner and businessman Ness Wadia. The ‘Dil Se’ actress was also linked with cricketers Yuvraj Singh and Brett Lee when they played for KXIP.

Preity opened up on the issue and report from India TV news quotes her as saying, “I am a private person. I am amazed when I see so much being written about my life, without being confirmed by me. It has stopped bothering me, but there are a few things which I have taken to heart. When I was linked with Yuvraj Singh and Brett Lee – I will never forget that. They are my brothers. And I have decided to personally visit Lee and Yuvi on Raksha Bandhan and tie rakhis to them.”

‘Alleged ex-boyfriends’ to ‘brothers’, Preity now has planned a special gift for the now Sunrisers Hyderabad cricketer Yuvraj on his wedding with actress Hazel Keech. ALSO READ: Yuvraj Singh and  Hazel Keech open up on their wedding plans and much more

She added, “Do you know the wedding date? I am asking because I need to have a special shaadi present for him — a box of rakhis. I am happy that he is getting hitched. We share a great bond. He was a part of our team and has seen the ups and downs.”

We can say for sure that even brothers would not expect such a gift from sisters for their wedding. 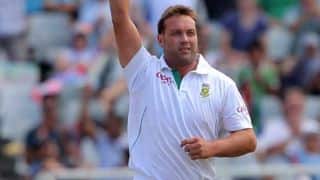 Jacques Kallis: Embarrassed to call myself a South African 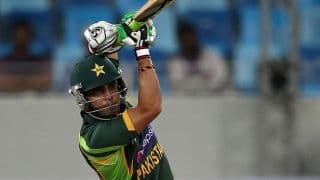