Here's a look at the incredible numbers racked up by the Nangarhar-born player in his prolific career so far.

As the Afghanistan Test captain and spin sensation Rashid Khan turns 21 today, Here’s a look at the incredible numbers racked up by the Nangarhar-born player in his prolific career so far.

Rashid Khan made his ODI and T201s debut in 2015 and an year later he had has his first First-class game. His rise has been exponential running parallel to his team’s success as well.

Currently, Rashid is the second joint quickest to 50 T20I wickets, behind only to Ajantha Mendis (26 matches) and equal to Imran Tahir – both of whom took 31 matches to reach the milestone.

Rashid boasts of the best average (11.63) among bowlers with at least 20 innings in which they have bowled in.

Overall, Rashid is sixth in the list of most T20I wickets ans has the best average among players in the top ten wicket-takers list. In just 40 matches Rashid has 79 wickets to his name, while the list is led by Shahid Afridi, who has 104 wickets in 76 matches.

Rashid has so far played for seven different teams in the franchise cricket and his T20 stats read: 181 matches, 265 wickets, best of 5/3, average of 16.26, economy of 6.17 and five four-wicket hauls and two five-wicket hauls

In 2017, Rashid became the highest paid associate player in the IPL when Sunrisers Hyderabad shelled out for INR 4 crores.

An year later, he became Afghanistan’s first IPL millionaire after SRH reclaimed him at auction for INR 9 crores.

In 2017, Rashid registered the fourth-best bowling figures for player in ODI, when he claimed 7/18 in Afghanistan’s maiden win over the West Indies at Gros Islet.

Recently, Rashid Khan became the youngest captain in the history of Test cricket to record a maiden win in the format, when Afghanistan beat Bangladesh in Bangladesh in only their thirs Test.

He became only the fourth cricketer to achieve the double of a 5-wicket haul and scoring more than 50 runs on captaincy debut.

Rashid is now also the youngest captain to achieve the rare double of a 5-for and 50+ in the same Test. At 20 years and 352 days old, the Afghan captain beat the previous record-holder Shakib Al Hasan, who was 22 years and 115 days old.

Rashid Khan became the youngest ever Test skipper in the history of the game when he showed up for the toss. At 20 years and 350 days old, Rashid beat the previous record held by former Zimbabwe captain Tatenda Taibu by a mere 8 days. 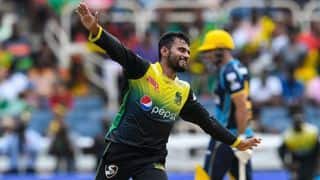 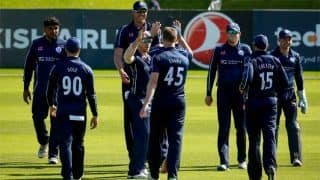