Sehwag was one of the most aggressive batsmen during his playing days and a nightmare for bowlers.

Former India opener Virender Sehwag deserves an award for keeping his fans entertained on social media throughout the year. Sehwag epitomises the word ‘entertainment’ like no one else – be it during his playing days or post it. Not only does he wish people he knows in a unique manner but his posts inevitably end up going viral. If you thought, his birthday wishes set Twitter ablaze, think twice, he can also stump you with his #ViruKaGyan posts that are usually on-point.

Sehwag, one of the most aggressive batsmen during his playing days, was a nightmare for bowlers. The two-time World Cup winner played 104 Tests and 251 ODIs amassing 8586 and 8273 runs respectively. He recorded two triple centuries in Tests with a highest of 319 against South Africa in 2008.

On the occasion of Sehwag’s 41st birthday, we zero-in on five of his best tweets among many.

Here are the top five:

While praising India captain Virat Kohli, Sehwag told his fans what India likes the most. The three things he listed are, ‘Hazmee ki Goli’ (digestion tablet), Rangon Ki Holi (Festival of colours) and ‘Batting Mein Kohli’ (Kohli when it comes to batting). The year 2016 was unforgettable for Kohli, where he became the fastest to 25 ODI tons and 7500 runs. He had also scored the most runs in a single IPL that year

This time India allrounder Ravichandran Ashwin found himself in Sehwag’s radar. Ashwin amassed 235 runs with two tons and scalped 17 wickets to help India register their biggest Test series victory on the Caribbean soil, for which he also bagged the Player-of-the-Series award. Sehwag, trying to flaunt his wit, felt Ashwin wrapped up the game quickly because he was now a married person and has to go back home to his wife at the earliest.

Congrats @ashwinravi99 for an incredible 7th Man of the series.

Only a married man can understand d urgency of going home early.#FamilyTime

‘KP Will Send The Ball to CP’

The poet in Sehwag came to life on former England cricketer Kevin Pietersen’s birthday. The two had played together for Delhi Daredevils in the Indian Premier League, hence the camaraderie was visible. Pietersen is popularly referred to as ‘KP’ and Sehwag came up with a rhyme in his tweet. It read, “A very happy birthday @KP24. When we used to play for Delhi, I always thought, This KP will send the ball to CP.”

When we used to play for Delhi,I always thought,

This KP will send the ball to CP ? pic.twitter.com/hRJWoUPiDW

Sehwag and Shoaib Akhtar have played cricket together and are believed to be good friends on and off-the-field. The incident took place after India hammered Pakistan 5-1 in a Sultan Azlan Shah game in 2016, and Sehwag was quick to take a potshot at Shoaib. 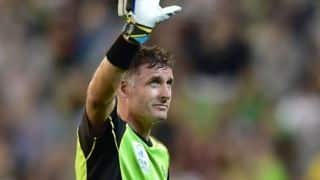 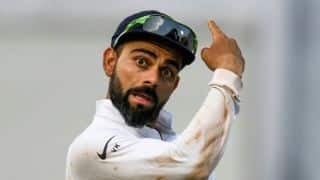