Recently, Harbhajan was on a road trip from Dindigul to Coimbatore with his bestie Yuvraj and posted his sleeping picture and poking fun at him.

Both Harbhajan Singh and Yuvraj Singh are very good friends on and off the field. They are known for their ability to win matches for their respective teams on their own. Both played crucial role in winning India’s first Twenty20 World Cup in 2007 and 50-over World Cup in 2011. In the 2011 World Cup, Yuvraj was the Man of the Tournament.

The two of them pranked Sourav Ganguly when they were new to the team and India’s the then captain had almost decided to resign from his captaincy. Both have a habit of making fun, irrespective of what the situation is. Recently, Harbhajan was on a road trip from Dindigul to Coimbatore with his bestie Yuvraj and posted his sleeping picture from his Twitter account, poking fun at him.

Recently, Harbhajan’s devastating spell of seven for 37 helped in winning the Ranji Trophy match against Tamil Nadu. He took a total of 10 for 67 in the match as Punjab entered the quarter-finals of the Ranji Trophy. 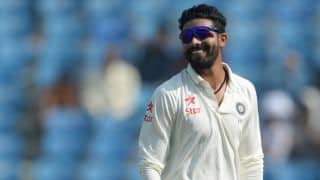 Ravindra Jadeja picks up 3 quick wickets after tea to put India in command vs South Africa in 4th Test, Day 2