The joke was only on the situation though, and not on the move by the Prime Minister. Harbhajan had earlier praised this decision by the Indian govt., calling it a bold move.

At the moment, the biggest talking point across India is not the first Test of the five-match series between India and England. It is also not the election of Donald Trump as the 45th President of the United States of America (USA). The biggest trending topic across every city, town, lane of India at present is the banning of existing INR 500 and 1,000 currency notes. The decision, taken by Prime Minister Narendra Modi in order to curb corruption and crackdown on black money, has met with extreme reactions, with people either backing it wholeheartedly or criticising it; especially its consequences.

Yes, there are a few people who are criticising it, namely because of the arrangements that have been made to get the notes exchanged at banks and ATMs, which were closed initially after the announcement and have opened to long queues across the country with people thronging to get their notes exchanged. This has created chaotic scenes across the country, as people have hit the panic button and are getting restless to get their old notes exchanged, even as the deadline to get the same done is 50 days. This has resulted in a lot of jokes being cracked on the situation on social media and WhattsApp.

Tourists too have faced big problems and one of the tweets by the Barmy Army travel manager sums it up.

However, star Indian cricketer Harbhajan Singh saw the lighter side of things. He became the latest to troll this situation across the country. He took to his official Twitter handle to post a joke on the situation, writing:

This was a joke only on the situation though, and not on the move by the Prime Minister. For those who did not get it, here is the translation: ‘Notice outside banks: Do not stand in the queues outside banks after eating a flatbread made of daikon radish, which causes gases in stomach and results in frequent farting.

The off-spinner had earlier praised this decision by the Indian govt., calling it a bold move. He had written on Twitter:

Massive sixer by @narendramodi ji to discontinue the use of 500 and 1000 rupee notes to curb #BlackMoney. Brave move! We’re proud of you!

Harbhajan is currently away from the game completely. He is not participating even in the ongoing season of Ranji Trophy for his domestic side Punjab. He last played a competitive game during the season 9 of Indian Premier League (IPL) in May this year. 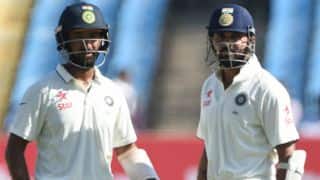 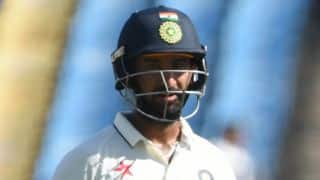