Apart from Harbhajan, many Indian cricketers have opened their own cricket academy across the nation.

Indian off-spinner Harbhajan Singh has been in the news for the last few months. First, on his comeback to the Indian side and then his marriage. Now he is back in the headlines by launching his third cricket academy at Cambridge International School of Hoshiarpur, Punjab. The news came via HSIC’s tweet, which was further retweeted by Harbhajan.

Apart from Harbhajan, many Indian cricketers have opened their own cricket academy across the nation. The other academies are at Jalandhar and Phagwara in the state of Punjab. Beside Harbhajan, few other cricketers from Punjab make their regular visit to his academy and give tips to the young players.

Currently, Harbhajan is in the One-Day squad of the Indian cricket  team and had a good run in the series against South Africa despite losing it. 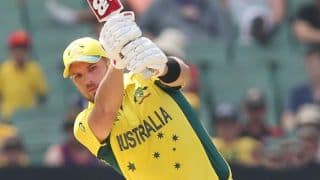