Indian Test captain Virat Kohli opens up on his fitness, and how he perception towards it changed after the 2012 Indian Premier League (IPL).

Fitness plays a very important role for every athlete, be it cricket or any other sport, fitness is the mantra to succeed. With the evolving standards of cricket, every cricketer is expected to to have immense flexibility and stamina to succeed at the highest level. Indian Test captain Virat Kohli opens up on his fitness, and how he perception towards it changed after the 2012 Indian Premier League (IPL). He also says that fitness had a key role to play behind his enhancement as a batsman. Kohli in the recent times has lost weight and grown slimmer, he is undoubtedly the fittest Indian cricketer and expects his team to pull on fitness too. READ MORE: Can you identify these Indian cricketers?

Kohli was quoted in a report from PTI saying, “It was after the IPL in 2012. Till then I did not focus much on the physical aspect. I never got into the minute details of fitness, things like what I need to eat from morning to night, how much I need to work out, how much I need to train. After that IPL, I started listening to my body.” ALSO READ: Virat Kohli has a “partner in crime”; off the field though

Kohli further quipped, ”I made a lifestyle choice (back in 2012). I wanted to explore a new side of my body to take me to the next level because I never wanted to be average. I wanted to be best in the world. So I always had that mindset but never had the physical ability (before 2012).” India’s fitness trainer Shankar Basu also spoke about Kohli’s goals and said, “Virat wants to be the best athlete in the world.” READ MORE: Virat Kohli, Anil Kumble, and others express glee over fresh home season of cricket for Team India

Kohli also emphasized on the fact that improved fitness has helped him take his game to a new level. He said, ”When you become fit, you feel you can do anything. I will give you one example. I was never a quick fielder. I was never willing to field in every position. But after becoming fitter, lighter and stronger, I overcame all those doubts I had (about fielding). Now it (staying fit, eating right) has become second nature to me.”

Kohli, now wants the young guns to take fitness seriously and want them to create an awareness for fitness, ”If you look at some of the statistics (rising health problems in India), it causes fear in your mind. So I want to create awareness on fitness, the importance of staying fit and healthy. You would be able to do what you want to do only when you are feel fit from inside. I have never been as fit as I am today. It has worked beautifully for me. It has become a lifestyle choice for me. Even in off time, I watch what I eat. In fact, I get more excited about fitness, feeling good, being healthy than anything else. That is probably because by body realises that fitness is what I would need after my professional career is done.” 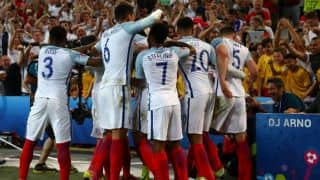 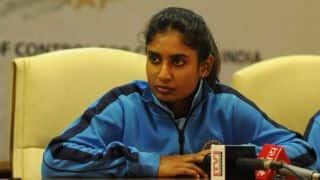