His drive separates him from everyone else: Virat Kohli picks Cristiano Ronaldo over 'freak' Lionel Messi

His drive separates him from everyone else: Virat Kohli picks Cristiano Ronaldo over 'freak' Lionel Messi

Indian cricket team skipper Virat Kohli on Wednesday said that if he had to pick one between Cristiano Ronaldo over Lionel Messi, he will pick the Portugal superstar.

Ronaldo and Messi have been dominating the football scene for a long time now, having won five Ballon d’Or’s each. The Argentina recently won FIFA player of the year award, beating Ronaldo and Liverpool’s Virgil Van Djik.

Kohli though chose Ronaldo over “freak” Messi. Tough question. But I would say Cristiano is the most complete player that I have seen. Whether it s the left foot, right foot, speed or dribbling skills, he s amazing. I have not seen a better goal scorer. (Ronaldo) The Phenomenon, on the other hand, was something else,” Kohli was quoted as saying by The Times of India.

He revolutionized the sport and everyone followed him. His place is special, but if I had to take only one in my team who will give energy and intensity, it s Cristiano, added Kohli.

Kohli, who is a co-owner of FC Goa side in the Indian Super League (ISL), also highlighted what are his reasons to pick the Juventus and former Real Madrid and Manchester United star over Barcelona star.

Excited to be a part of @FCGoaOfficial jersey launch for the season. ? The home kit looks vibrant and resonates with the spirit of football in the state. Wishing the club and it’s fans all the very best for the upcoming edition of the @IndSuperLeague. #ForcaGoa #NowWeRise ? pic.twitter.com/xg2WKdvjAV

It s a personal preference. Messi is a freak, absolute natural talent, and his ability is second to none. For me, what stands out is the ability or the will to put in the effort in every single minute of the game,” said Kohli.

“Ronaldo s drive separates him from everyone else. Playing at the top level, everyone has talent, but I don t think anyone has the will that he has, he concluded.

Kohli will resume the cricketing action when India take on South Africa in the three-match Test series, starting October 2 in Visakhapatnam. The Test series will be a part of the ICC World Test Championship. 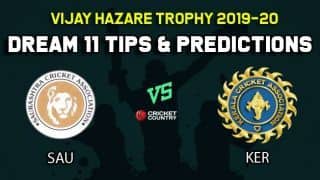 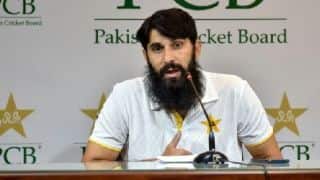