The 21-year-old James, son of Liam Botham, who switched from cricket to rugby himself, is a back row rugby player who made his Blues debut earlier this year and represented Wales at the Under-20 level.

“It was a massive honour to make my Pro14 debut earlier in the season having played a lot in the Anglo-Welsh Cup, in the A-League and Cardiff RFC – now I am hungry for more.” (READ: Ian Botham’s grandson gets Rugby Union call-up for Ireland under-18 squad)

Sir Ian Botham’s son Liam played three first-class games and one List A match Hampshire in 1996, but aborted his cricket career at an early age and later played rugby for Cardiff. He also played rugby union for England Under-21s. 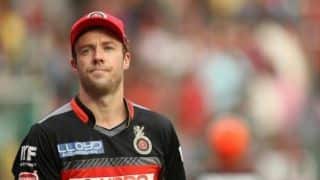