The cricket World Cup trophy went abseiling with former Australian cricketer Mike Hussey as it arrived in Tasmania on Friday.

Former Australian Test cricketer Mike Hussey went abseiling with the ICC World Cup as a part of the trophy tour via. Twitter

The ICC World Cup trophy went abseiling with former Australian cricketer Mike Hussey as it arrived in Tasmania on Friday. Hussey posed for pictures with the World Cup trophy, which the Cricket World Cup official account shared on Twitter.

What is @CricketAus legend Mike Hussey up to with the CWC trophy in @tasmania? Find out soon! #cwc15 pic.twitter.com/5KNsEFrQrd

With only 21 days remaining for the most awaited cricket tournament, the trophy made its way to the Island state as part of the ‘Trophy Tour.’ ICC World Cup 2015 will be jointly hosted by Australia and New Zealand from February 14, 2015 to March 29, 2015.

As part of the trophy tour spread over four months, the prestigious silverware visited countries that will participate in this year’s extravaganza. The trophy tour starts in Colombo, Sri Lanka on 4th July, 2014 and concludes in Sydney on Australia Day, January 26, 2015. 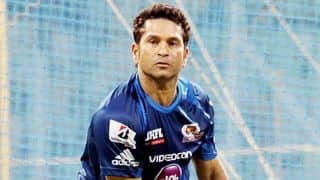 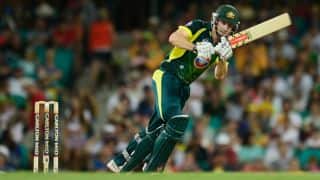