Pant was spotted with Paine's kids on the New Year's Day in Sydney.

Rishabh Pant and Tim Paine were engaged in continuous banter during the third Test at the Melbourne Cricket Ground (MCG) which the hosts won by 137 runs to take a 2-1 lead in the four-match Border-Gavaskar Trophy.

It all started after Paine had a go at Pant on the third day in the last session during India s second innings. A video tweeted by Cricket Australia sees Paine murmur something about MS Dhoni being back in the ODI team. Now that Big MS back in the ODI squad, maybe he could play for the Hobart Hurricanes. Beautiful city, rent a nice waterfront place, Paine said.

Paine then tried to goad Pant into a big shot off Nathan Lyon and he almost obliged, but his attempted big shot falls well short of the fielder though. He even asked Pant if he can babysit his kids.

It looks like Pant obliged, clearly showing there was no hard feelings during the simple banter. Pant was spotted with Paine’s kids on the New Year’s Day in Sydney. Paine s wife Bonnnie Paine shared a picture on Instagram of Pant with her kids and captioned it: “Best babysitter”.

The fourth and final Test between India and Australia will begin on Thursday at the Sydney Cricket Ground (SCG). The three-match ODI series begins on January 12 with the first match at the SCG. 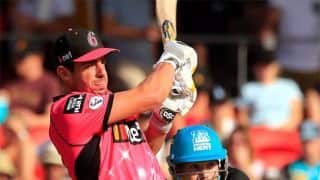 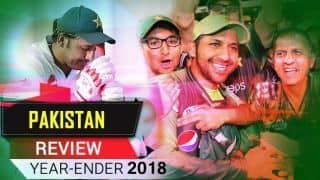