Catch the live action of the 2nd semi-final of ICC World T20 2016 between India and West Indies here.

The second semi-final of ICC World T20 2016 will be played between India and West Indies at Wankhede Stadium, Mumbai. Both teams have played some good cricket in the super 10 stage of the tournament, especially India as their all three matches against Pakistan, Bangladesh and Australia were nerve wracking.

India’s batting line up rely heavily on Virat Kohli, while West Indies batting depend highly on Chris Gayle, as if he fires then nothing can stop him. Also, not to forget, that the pitch of Wankhede Stadium favours batsmen and one can expect a high scoring contest between both the sides. This is West Indies’ third consecutive semi-final in World T20 since 2012, when they won the tournament. Once again, they have a high chance of winning the tournament but before that they have to cross the biggest hurdle so far and that is of beating India in their backyard.

Expect an interesting encounter between both the teams. The match will start at 7.00 pm Indian Standard Time (IST) and will be telecast live. Catch the live action as we bring to you the link for the live streaming from Star Sports here. 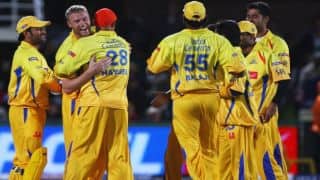