While chasing such a mammoth total a lot was expected from CSK openers but they failed to provide an ideal start.

CSK won the toss and asked MI to bat first, a decision that surprised the most. Batting first MI suffered an early blow in the form of Parthiv Patel, who was run out by Faf du Plessis in the most spectacular manner. The South African effected a run out from a underarm flick while in motion. Rohit Sharma and Lendl Simmons weathered the early storm and got the ball rolling from the outset at Eden Gardens. Kieron Pollard and Ambati Rayudu too chipped in and made substantial contributions. MI batsmen took CSK bowlers to the cleaners as they posted 202 on the board in their 20 overs.

While chasing such a mammoth total a lot was expected from CSK openers but they failed to provide an ideal start. Dwayne Smith stuck to his guns but failed to get runs at the required run rate. MI bowlers kept chipping wickets at regular intervals. Failure of Suresh Raina cost them the most, as in the absence of Brendon McCullum a lot was expected from the southpaw. As the required run rate was too much to ask for, CSK never looked in to the race and eventually floundered. They lost the decisive contest by 41 runs and squandered the opportunity of lifting the trophy for the third time in the history of the IPL.

Turning Point: CSK failed to get a desirable start and never looked comfortable in the run chase. At the end of the power play, CSK were just 31 for one, whereas MI scored 61 in their power play overs. This made a huge difference for CSK in the run chase. A team chasing excess of 200 needs a solid platform at the top for the middle-order to capitalise upon. 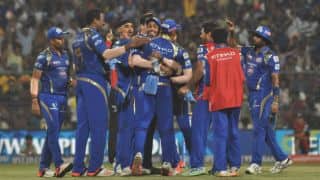 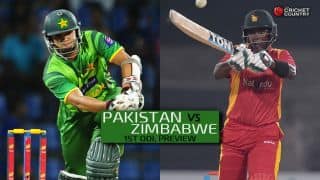 Pakistan vs Zimbabwe, 1st ODI at Lahore, Preview: Hosts favourites, but visitors can pull off a surprise