GL are now well ahead in the race of making it to the playoffs as they are placed at the second position in the points table with 16 precious points to their name.

Gujarat Lions edged past Kolkata Knight Riders in the 51st game of the Indian Premier League at Kanpur on Thursday. Suresh Raina scored a scintillating half-century and steered his side to another victory, it was a team effort by Gujarat Lions as they played some good overall cricket to see their side registering another victory. GL are now well ahead in the race of making it to the playoffs as they are placed at the second position in the points table with 16 precious points to their name.

Raina won the toss and opted to bowl first on a wicket which had  a layer of grass covered over it. Shadab Jakati got the early breakthrough with an astounding fielding as he got rid of Gautam Gambhir. KKR didn’t manage to find a steady partnership as they kept losing wickets at regular intervals which didn’t help them in posting a big score.

Yusuf Pathan looked good and played a decent hand but lacked support from the other end. Suryakumar Yadav got a good start but failed to convert it into a big score. KKR somehow posted a modest total of 124 in their 20 overs which was never going to be enough to contain the star studded Gujarat line up.

GL suffered an early blow in the form of Dwayne Smith who was caught behind on the very first delivery of the innings. They also managed couple of quick wickets of Brendon McCullum and Dinesh Karthik but Raina sealed the show with some powerful batting. Aaron Finch was also instrumental as he was playing with mettle but a collision with Raina while running cost him his precious wicket.

Morne Morkel and Ankeet Rajpoot though picked up a wicket each but leaked too many runs while defending a low total. Their bowlers had a tough time in the field and now have a task in hand of winning their only game in order to make it to the playoffs. Though they didn’t have enough runs on the board to fight for but they looked erratic and have to pull up on this front in their do-or-die game.

Turning Point: The match was evenly poised after Dinesh Karthik’s dismissal and KKR had a golden chance to chip another wicket and put GL on the back foot. But the partnership between Raina and Finch sealed the game for GL, the duo accounted for 59 runs in 6 overs and snatched the game away from KKR.

Player of the Match: Dwayne Smith 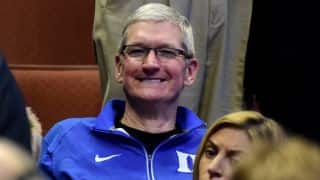 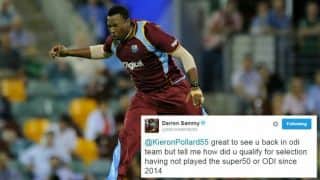