MI gave Martin Guptill a much needed chance and he elegant New Zealander grabbed it with both the hands and played a determined knock.

Mumbai Indians put up a valiant show and won the 47th game of the Indian Premier League against Delhi Daredevils at their adopted home Visakhapatnam on Sunday. They won the crucial encounter by 80 runs and climbed to the third position in the points table. Mumbai Indians need a win and they right did to stay alive in the tournament. They made few changes which rightly worked out for them at a decisive moment. READ MORE: IPL 2016, Match 47, Pick of the tweets: Mumbai Indians vs Delhi Daredevils at Visakhapatnam

MI gave Martin Guptill a much needed chance and he elegant New Zealander grabbed it with both the hands and played a determined knock. He proved out to be the solution for MI’s opening order woes as the team has struggled to get an effective pair in the entire season. Guptill along with Rohit Sharma got the team to a good start but the skipper after a good start floundered with the bat. Guptill held on to his guns and went on to score a tenacious 48 from just 42 deliveries. READ MORE: Photos: Yuvraj Singh, Hazel Keech mark their presence in Preity Zinta’s wedding reception

Krunal Pandya was elevated in the batting order and walked out to accompany Guptill at three and he justified his selection with a match-winning. Pandya played one of the most enticing knocks as he went ballistic and smashed a scintillating 37 balls 86. There was absolute carnage at Vizag as Pandya showed absolutely no mercy and was brutal in his approach. Ambati Rayudu and Jos Buttler provided a good finish and ensure a total of 206 on the board.

Chasing 207 was akin climbing a mountain and needed a good start from DD openers but it wasn’t to be. Mayank Agarwal was cleaned up by Vinay Kumar which further put DD on the back foot. Quinton de Kock looked good but a bad decision brought an disheartening end to his innings. DD kept losing wickets at regular which didn’t help them achieve fruitful results.

Jasprit Bumrah and Krunal Pandya bowled exceptionally well and kept picking wickets. Vinay Kumar and Harbhajan Singh also contributed with a wicket each and it was a collective unit by MI as they now look a well-balanced side.

Turning Point: After the dismissal of Rohit Sharma, DD had a clean chance to put more pressure on MI. But the partnership between Guptill and Pandya wrecked havoc on DD with the latter being destructor in chief. They put up 98 runs stand in 50 deliveries and laid the foundation for a massive victory. 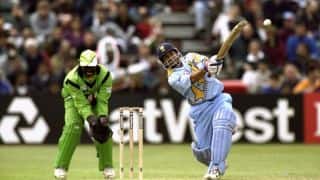 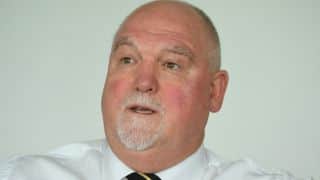 Mike Gatting: The most eventful of careers