Chennai Super Kings is one of the most followed IPL franchise on social media.

Indian Premier League (IPL) introduced Twitter emojis for the first time in 2017. During the 10th season, as many as 30 players having emojis. Come 2018, the eight franchises have been given two emojis of their choice. While Mumbai Indians have used their full name (#MumbaiIndians) in their hashtag, RCB, KXIP and SRH have used their abbreviations. The other four hashtags are #KKRHaiTaiyar (for KKR), #DilDilli (for DD), #HallaBol (for RR) and #WhistlePodu (for CSK). For their alternate hashtags, CSK, KKR, DD, and RR have used regional languages, while the others have stuck to English.

Twitter also released data that showcased the most mentioned matches based on tweets in the week two. CSK vs KKR took top-honours, while KXIP vs CSK and RR vs KXIP came second and third. 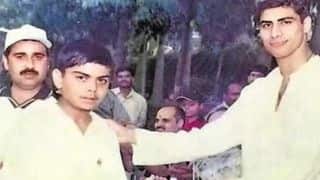