Dinesh Karthik has had a good IPL season as a captain and a batsman as well.

Dinesh Karthik has had a good IPL season as a captain and a batsman as well. He has scored 194 runs so far and is in the top five contenders for orange cap. He hasn’t scored a half century yet but has contributed with valuable runs down the order. Kolkata Knight Riders(KKR) is on the second spot of points table just behind Chennai Supper Kings(CSK). Karthik is known to be a very busy player on field and is no different off field.

In a video posted by KKR’s official twitter handle Karthik was seen showcasing his acting skills.

KKR are currently playing Kings XI Punjab(KXIP) at Eden Gardens. They posted a decent total of 191 after being put to bat with Chris Lynn smashing 74 off 41. If KKR win today they will top the points table with eight points. However, Chris Gayle and KL Rahul have got KXIP to a power start. Rain has interrupted play for now but KXIP are well ahead of KKR according to DLS method. 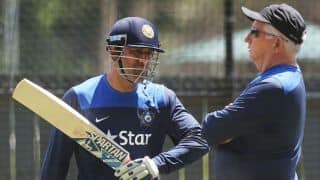 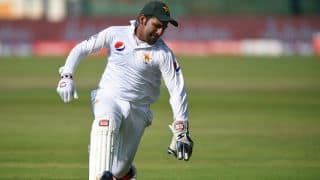