Kevin Pietersen decided to opt out of this year’s Indian Premier League (IPL) to enhance his prospect of making yet another England return.

Kevin Pietersen decided to opt out of this year’s Indian Premier League (IPL) to enhance his prospect of making yet another England return. He is set to make a comeback in county cricket after being released from his contract with Hyderabad-based franchise Sunrisers Hyderabad, who bought his services.

According to BBC Sport, Sunrisers confirmed the development on a condition that if they reach the final, then Pietersen has to play for the team. “I’m going to do everything in my power to earn a recall to the international set-up,” Pietersen said.

“My focus is now very much on the upcoming season in England and I’m absolutely determined to score as many runs as possible. I’ve never made any secret of my overwhelming desire to once again represent England,” the flamboyant cricketer added.

The Surrey County Club is reportedly willing to offer a contract to the South African-born batsman and are set to play this season’s first four-day game against Glamorgan on April 19 at Cardiff. Earlier, team selector James Whitaker had made it quite clear that the batsman is not a ‘part’ of England team’s future plans. The former England skipper is the country’s highest run-scorer in international cricket, with 13,797 runs across formats. 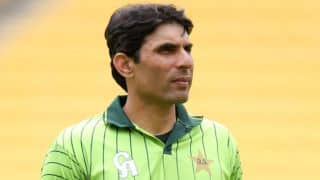