He has done a commendable job for the national side in the recent times and had a decent run for Mumbai Indians (MI) in the recently concluded Indian Premier League.

English wicketkeeper batsman Jos Buttler has been one of the impactful Twenty20 batsmen England possesses. He has done a commendable job for the national side in the recent times and had a decent run for Mumbai Indians (MI) in the recently concluded Indian Premier League. The canny batsman wants to bat higher up the order so that he can have a similar impact for his side like Virat Kohli, AB de Villiers and David Warner had for their respective sides in the IPL. He batted at No.5 usually MI and did a decent job with the bat as well as behind the stumps. READ MORE: The media needs to stop highlighting every little situation, says Umar Akmal

In a recent encounter for Lancashire against Nottinghamshire, Buttler smashed a quickfire 19-ball 56 while batting at No. 5. According to skysports.com, Buttler said, “I want to push myself higher up the order so I can score bigger runs. In Twenty20 that means the powerplay area, if I can persuade people to put me in that early. That’s where I want to keep developing – you want to emulate guys like Kohli, De Villiers and Warner, who are taking the game forward.” READ MORE: Ajinkya Rahane: 15 facts about the classy Indian batsman

Kohli, De Villiers and Warner bat in the top-order and were instrumental behind their team’s success in the IPL. They scored plethora of runs and wrecked havoc on numerous occasions. Buttler certainly wants to have a similar impact as he has the potential and is tailor made for a format like T20s. READ MORE: Virender Sehwag takes a dig at Pakistan; requests their fans not to break TV sets 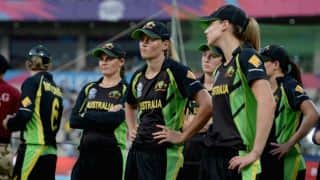