Being away from home does has its perks. Hazlewood picked up the art of cooking since moving out of his home.

Australian pacer Josh Hazlewood delivered a magnificent performance on his Test debut, taking five wickets against India in their ongoing tour Down Under. Tulika Bhattacharya lists nine facts you should know about the 23 year old Aussie pace sensation.

1. Primary and High School: Hazlewood went to a small Primary School with 30 students – which included his brother and sister — where his mum taught. He was flabbergasted when he started attending a High School with 1200 kids!

2. The ‘youngest’ records: At the age of 17, Hazlewood became the youngest pace bowler to make his debut for New South Wales (NSW), when he faced New Zealand in November 2008. He was also the youngest member of Australia’s squad for the 2008 Under-19 World Cup. At 19, he made his One-Day International (ODI) debut against England at Southampton in 2010, becoming the youngest Australian cricketer to do so.

At the age of 23, Hazlewood became the 33rd Australian to take a five-for on Test debut. Making his debut in the on-going Test against India in Brisbane, he recorded figures of five for 68 in the first innings. He is the third bowler after Brett Lee (five for 47 at Melbourne in 1999) and Jason Krezja (eight for 215 at Nagpur in 2008) to achieve this record against India.

4. Punters make a fortune after Test debut: Friends of Hazlewood’s dad Trevor reportedly placed a A$100 bet with British bookmakers almost nine years ago that Josh would become a Test player before he was 30. Josh, was 15 then. His father’s friends now look set to win A $50,000 each after the cricketer made his debut against India at The Gabba.

5. Baggy Greens from his Idol: Hazlewood was presented his Baggy Green cap by his idol, Glenn McGrath. He became the 440th cricketer to play for Australia.

YES!!!…..Great effort by Josh Hazelwood…5 wickets on debut!! Well done mate, so proud of you!!

7. Champion in other sports: Apart from excelling in cricket, the right-arm pacer was also a national junior star in throwing the javelin, discus and shot put. Talk about the ‘million dollar arm’! He also played soccer and was also a part of his school’s basketball team owing to his height (currently 6 ft 5 in)! He preferred team sports than individual ones and therefore opted for cricket.

8. Highest score as a batsman: Hazlewood can wield the willow if required. In a rare batting feat for NSW this year, he scored a fighting 78-ball 43 against Victoria at Melbourne Cricket Ground (MCG). Victoria still won the match by nine wickets.

9. Loves cooking: Being away from home does have its perks. Hazlewood picked up the art of cooking since moving out of his home.

(Tulika Bhattacharya is a budding cricket journalist, presently interning at CricLife. She can be followed on Twitter here) 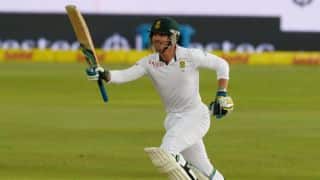 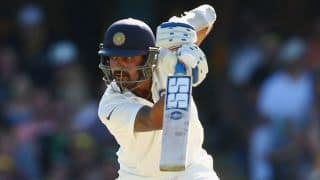