On Thursday, Kapil picked up a stake in a company which would be organising a competitive league for stock traders. He picked up a secret stake in Samco Ventures, which will soon start ‘Indian Traders League’ (ITL), where the shareholder will be competing for the honours on the basis of the returns they make.

“The winner will be the one who generates highest percentage net return or what is also called ‘Absolute Return on Net Funds’ (ARONF),” the company added.

The former Indian skipper has joined hands with London-based investment management firm Bay Capital Partners founder Siddharth Mehta and others who have invested $3 million in Series A funding. By investing, he also joined Indian cricketers Virat Kohli and Yuvraj Singh, who have turned into venture entrepreneurs.

“I have always taken all the decisions from my heart, but ITL intrigued me and I feel that the disruption which one-day match and IPL brought to cricket, ITL would bring to investors and traders in stock market,” Kapil said.

The winner will bag Rs 1 crore in cash and will get the chance to handle US $1 million. The league will also give prizes on weekly, monthly and quarterly basis.

It has a simple procedure for participation as one has to open an account with ITL through Samco, put in initial minimum money of Rs 25,000 and start trading in the asset class of his or her choice – equities, derivatives, commodities or currencies – on bourses. The members can also connect their Facebook accounts to ITL accounts and keep an eye on their friend’s rankings.

“This novel experience will be available to participants at absolutely no extra cost,” Samco Ventures’ chief executive Jimeet Modi concluded. 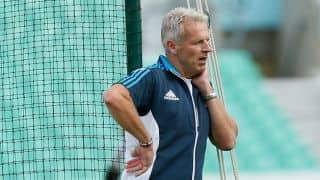