In a bid to protest the Pulwama attack, where over 40 CRPF personnel were killed, Karnataka State Cricket Association (KSCA) on Wednesday said that it has removed photographs of Pakistani cricketers, including their former skipper-turned-Prime Minister Imran Khan, from the M Chinnaswamy Stadium.

KSCA, as reported by ANI, said that it has taken the said action to show solidarity and support towards the army forces and protest the terror attack. KSCA took this action on Tuesday. (ALSO READ: IMG-Reliance pulls out from broadcasting Pakistan Super League due to Pulwama attack)

Earlier, the Cricket Club of India (CCI), which is home to the Brabourne Stadium in Mumbai, had covered Imran Khan s photograph to protest the Pulwama attack.

Mohammed Shami, Shikhar Dhawan too offered to help to the families of martyred soldiers in Pulwama Attack. 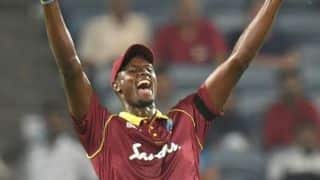