Catch the live action of Asia Cup T20 2016 final between India and Bangladesh.

India and Bangladesh played the Asia Cup T20 2016 opener and despite the hosts giving a tough fight, India cruised to a win. Less than two weeks later, both the sides will lock horns once again and this time in the tournament final.

Without a doubt, India wear a stronger look on papers but Bangladesh are a brilliant unit when playing at home. This is Bangladesh’s second Asia Cup final having first played in 2012. They are yet to win, meanwhile India have five titles to their name. This is the joint highest along with Sri Lanka. They have last won the trophy in 2010. However, this is the first time the tournament is being played in T20 format.

India have won all their four matches in the competition so far while Bangladesh have won three having lost one against India. It is going to be one of the most anticipated clashes in Bangladesh and the hosts will look forward to upset their giant neighbours. In 2015, they have already done so when they beat India 2-1 in an ODI series. Can India, the No. 1 T20I side retain their supremacy by pocketing another trophy or will it be Bangladesh’s moment of glory? Catch the official live streaming from Star Sports website. Click here to watch. 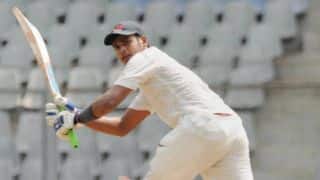