Catch the live action of 1st T20I of Asia Cup 2016 between India and Bangladesh here.

India-Bangladesh games have generated a lot of interest in the recent times and now the neighbours are all set to play the Asia Cup opener at Mirpur. Asia Cup historically has been an ODI tournament and for the first time it will be played in T20 format. India will once again start as favourites but in their backyard, Bangladesh are a force to reckon.

It’s the same venue where India and West Indies played the Under-19 World Cup final, and the pitch was green. Even in the Asia Cup qualifiers the ball darted around under lights otherwise it has historically been a good batting surface. Also another spoiler might be the rains.

It’s a weekday and many of the fans might not be in the comforts of home to watch this much anticipated encounter. Never mind, there is live streaming. With the advent of high internet speeds and 4G, live streaming has come across as a huge relief for fans. Star Sports will be providing for the same in this series and the match can be watched here. 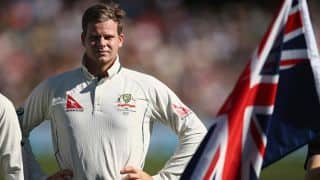