Catch the live action of Qualifier 1 of IPL 2016 between RCB and GL here.

Virat Kohli-led Royal Challengers Bangalore (RCB) qualified for the playoffs as the number two team in the 2016 edition of Indian Premier League by beating Delhi Daredevils in their final game of the league stage. They now meet table-toppers Gujarat Lions in the first qualifier match. RCB  tarted their campaign well but stumbled because of not having good quality bowlers in the side but peaked at the right time when it was needed the most.

On the other hand, Suresh Raina led-GL impressed everyone in their debut season in the beginning but in the middle of the tournament, they started losing their ground but somehow managed to qualify to the next stage of the tournament quite convincingly. Looking at both the sides, RCB again looks a bit weak in their bowling and apart from leggie Yuzvendra Chahal, they have not found any consistent bowler who can change the game. But their batting has been excellent, especially from captain Kohli. While, Raina’s GL looks quite balanced with quality bowlers and explosive batsman like Brendon McCullum and Dwayne Smith.

The match will start at 8.00 pm Indian Standard Time (IST) and will be telecast live on Sony Six, Set Max and can be watched on Starsports.com by live streaming here. 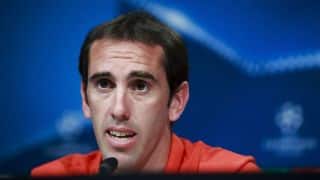 Mohammad Hafeez hits out at Shaharyar Khan for his ‘degree’ remark