Catch the live action of the 50th game of IPL 2016 between Royal Challengers Bangalore and Kings XI Punjab here.

The 50th game of the Indian Premier League will be played between Royal Challengers Bangalore and Kings XI Punjab at Bengaluru on Wednesday. It’s a do-or-die game for the RCB as they need to win both their games in order to make it to the playoffs. They have a tough ask ahead of them and one can expect them to come out in flying colours as they are filled with match winning superstars. READ MORE: Virat Kohli opens up on comparison with his idol Sachin Tendulkar

KXIP on the other hand are out of the tournament and are battling for glory. hey have nothing to lose and one can expect them to create few upsets and disrupt other team’s good run as they have some game turning players in their lineup. The match will start at 8.00 pm Indian Standard Time (IST) and will be telecast live on Sony Six, Set Max and can be watched on Starsports.com by live streaming here. 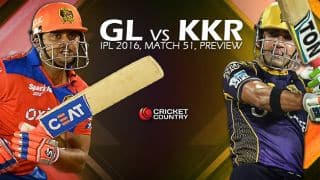 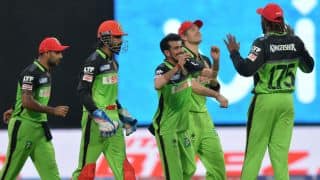